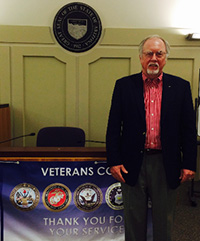 I’m John Fuller, the Director for the new Arizona Veterans Court Mentor Project, and a retired veteran. In the spring of 2014, I contacted Richard (Gregg) Maxon, a longtime advocate for veterans courts in Arizona. I wanted to know how I might volunteer in a veterans courts. He indicated that a key component of veterans courts is volunteer mentors who are veterans themselves. However, due to several factors, mentors had not yet been introduced into the Phoenix Veterans Court, the one such court in the valley.

Tucson Judge Michael Pollard established the first Veterans Court in Arizona and it was the only major municipal court in the state with mentors. It has been a very successful program. Judge Maxon, now the Presiding Judge in the Tempe Veterans Court, foresaw growth of veterans courts in the East Valley and other areas of the state. He suggested I set up mentor programs locally. Despite my wise ol’ grandpa’s admonitions against volunteering, I said sure “Send me”. We started the mentor program with our first volunteers in July 2014.

I would recommend you read the  Program Description in this section. It describes the organization we have formed to recruit and train mentors for the growing number of courts around the state. As of late 2014 we have volunteer mentors in the Phoenix Veterans Courts. We anticipate working with the courts in Mesa, Chandler, Tempe, and Flagstaff.

If you would like to be involved, move on to the Orientation, Volunteer, or Donation Section. Each Court is different for many good reasons and soon we hope to add other cities as they start their Veterans courts.  Justice for Vets, Arizona Coalition for Military Families, and representatives from the Buffalo Municipal Veterans Court, established in 2008 and the first veterans court in the nation, have been extremely helpful. The videos and narratives will help you be better informed about the Veterans Courts in Arizona. This may also interest you in volunteering or otherwise supporting this low key, quietly effective program to rehabilitate veterans and keep them from future repeated involvement in the criminal justice system.

A note from a veteran who has been helped through the system by the mentor project: 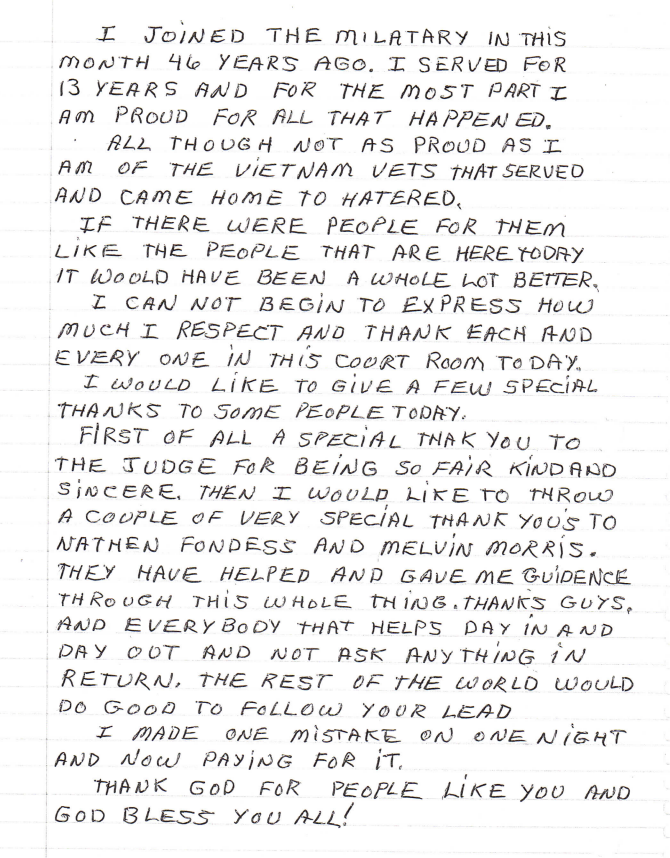