MENTOR LOGIN
You were part of the initial cadre, what is the background on this Court and how did it start?

From the beginning, we considered the Veterans Court to be a problem solving treatment court. It was intended to be a mechanism for us to find a long-term societal solution for the issues facing our veterans. The circumstance of them entering our court system allows us to catch them early on, intercept them with a process so that we can rehabilitate them and make them capable of going back to being that contributing member society that they had been when they were in the military.

The Phoenix Veterans Court really got off the ground in August 2012. We looked at all relevant processes throughout the city of Phoenix Municipal Court, looked at what was going on with our veterans and realized we needed to address a range of issues.

We worked collaboratively with the court and the public defender’s office, found ways to identify our veterans, early so that we could get them into one place, with a consistently staffed team. We coordinated with the VA to get a Veterans Justice Outreach Coordinator onboard full time. We also got an individual from Mercy Maricopa, which is our regional health care provider and a full time representative from the Arizona Department of Veteran Services.

In regards to the prosecutor’s office I myself have a background with the military, my husband having served for 27 years.  Other prosecutors were brought on-board who were either military veterans or are familiar with the service themselves.  We were also able to bring in specialized public defenders who either understand military culture or are veterans themselves.

And, even though our Veterans Court is still young, about two years old, we are already seeing the impact that this court has had.  We have had over 700 veterans participate in our veterans court. We handle over 50,000 criminal misdemeanor cases a year, and we have only a 2 percent recidivism rate.  That is phenomenal to me. 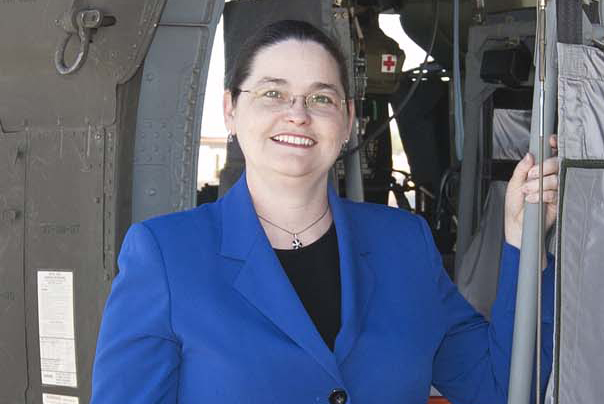